I would like to express my deep dismay, shock and sadness at the violence and the rising death toll among Palestinians protesting in Gaza, where Israeli forces have once again used live ammunition against civilians. Yesterday, more than 55 people were killed and over 2 200 were injured.

Both sides have a responsibility to de-escalate the situation. The right to pursue peaceful protests must be respected, while those leading the protests need to avoid provocations and the use of violence.

I call on Israel to respect the right to peaceful protest. Every state, Israel included, has a right to defend its borders, but all measures taken must be proportionate and Israel’s forces must exercise maximum restraint in their use of live ammunition. As the occupying power, Israel has a responsibility to protect Palestinian civilians. Furthermore, it is imperative not to put children in harm’s way. An independent and transparent investigation is urgently needed, as called for by the UN Secretary-General.

The ongoing violence is taking place against the backdrop of a dire humanitarian situation in Gaza, the continued occupation of Palestine, a stalled peace process and yesterday’s opening of the US Embassy in Jerusalem.

Both sides need to urgently refrain from violence and commit to returning to peaceful negotiations, aiming for a two-state solution based on international law and relevant UN resolutions, with Jerusalem as the shared capital of both states. In Gaza, humanitarian needs must be met. 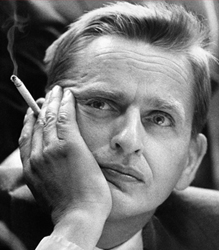