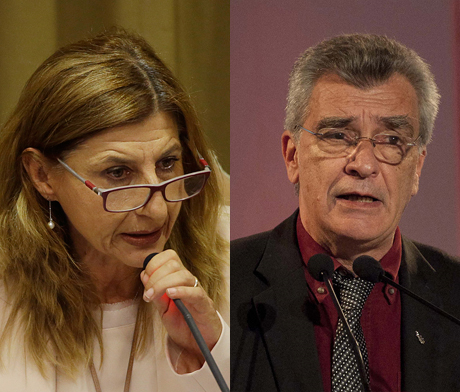 The 2016 Olof Palme Prize is awarded to the two mayors Spyridon Galinos , Lesbos, and Giusi Nicolini, Lampedusa and Linosa, for their inspiring leadership in one of the most difficult periods of our time, thereby having saved thousands of lives and given hope and belief in the future. Together with their citizens Spyridon Galinos and Giusi Nicolini  opened their minds and societies for fellow human beings fleeing from war, terror, and misery. In an increasingly dangerous and cruel world they have stressed the humanistic imperative that it is more important to protect people than borders. Läs mer >