for his engaging and humanistic opinion making in literary form regarding the freedom of the individual and the fundamental issues of mankind.

Attracting world-wide attention, he is constantly urging us to discuss the cynical power games of the major powers, the greed of global corporations, the irresponsible play of corrupt politicians with our health and welfare, the growing spread of international crime, the tension in the Middle East, and the alarming rise of fascism and xenophobia in Europe and the United States of America.

In the spirit of Olof Palme, David Cornwell thus gives an extraordinary contribution to the necessary fight for freedom, democracy and social justice. 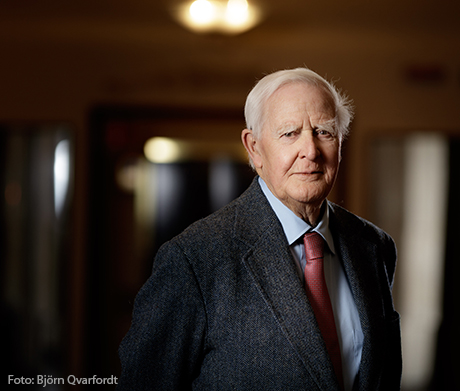