The Olof Palme Prize 2004
is awarded to three Russian advocates of human rights:

Ljudmila Aleksejeva, advocate of human rights in the Soviet Union and Russia. Respected at all levels as Chairman of the Russian Helsingfors Committee. Member of the Presidents Commission on Human Rights since 2002. Chairman of the International Helsinki Federation between 1998 – November 2004. Chairman of the Moscow Helsinki Group since 1996. Well known for her efforts to strengthen civilian society in Russia.
Sergej Kovaljov, dissident and symbol of human rights. Member of the Duma 1993-2003. Chairman of the Presidents Commission on Human Rights 1993-1996. Ombudsman for Human Rights under the President 1994-1995. One of the strongest critics of the first so-called war in Chechnya. Recipient of the Council of Europe award for human rights.
Anna Politkovskaja, Recognized journalist and author with considerable involvement in the Chechnyan issue, inter alia. Noted for her courage and strength when reporting in difficult and dangerous circumstances. She has received a number of international honours, including the Courage in Journalism Award from the International Womens Media Foundation.

Respect for human rights in Russia is of major importance for safety and stability in the rest of the world. The three prize winners are all influential symbols of the long battle for human rights in Russia. With their great courage, often matched with considerable personal sacrifice, risk-taking and dogged insistence in never compromising the fundamental ideals of strengthening free speech and a free press, they thereby represent those who have influenced and promoted democratic development in the country. 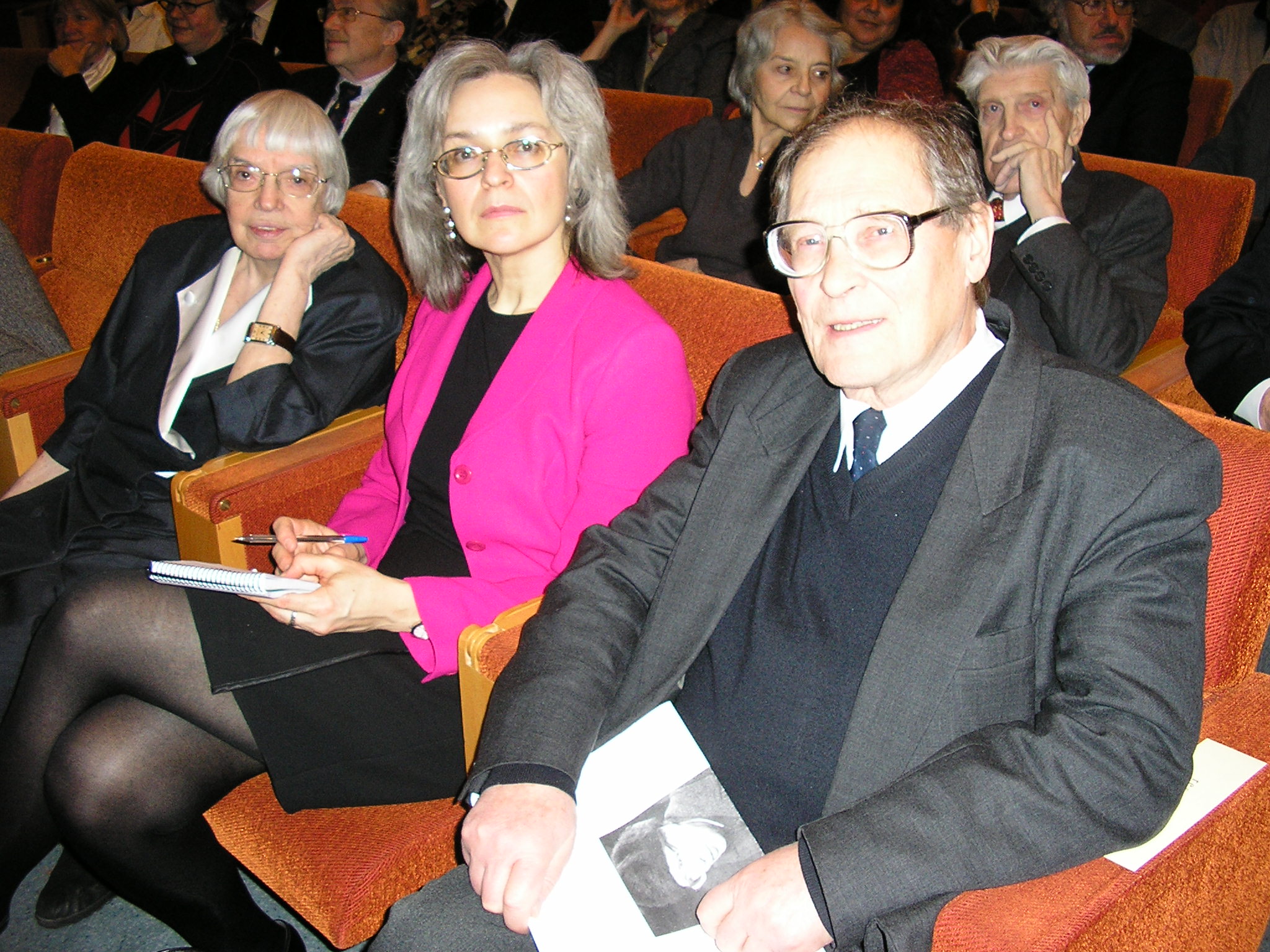