The 1994 Olof Palme Prize is awarded Wei Jingsheng, one of the first people in China after the fall of the Gang of Four to demand introduction of democracy and respect of human rights. Wei Jingsheng is an example and an inspiration, not only to the democratic movement in China but to the whole of mankind – an individual who defies an inhuman system and in spite of long prison sentences refuses to submit. 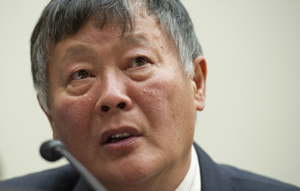